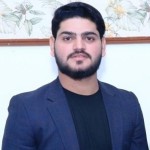 Short-form video applications have increased overwhelmingly in popularity in recent times. The surge in this format of online content, according to most, is due to the precedent TikTok set when it arrived on the market only to dominate it within two years.

All major competitors like Instagram, Facebook, and even YouTube consequently came up with their own versions of TikTok’s hyper-successful infinite scrolling video feed. However, Snapchat, the picture-sharing social media app, which possibly had most in common with TikTok in terms of controls and mode only recently joined the race.

But despite being a late-comer, Snapchat’s strategy has rapidly gained success. Spotlight, Snapchat’s very own infinite short-video feed, launched in November last year. Snapchat called all its users to upload videos to this feed, with the promise of paying anyone who attracts a significant amount of views. Whether one had a large number of followers or not did not matter, as long as the Spotlight video did well. Since then, Snapchat is dishing out over $1 million per day to Spotlight creators, purely based on the popularity of their videos.

Given the simplicity of Snapchat’s new approach, it’s no surprise that it has garnered the attention of many. According to NYT, many young Snapchat creators, influencers and non-influencers alike, have amassed fortunes due to Spotlight.

For instance, Cam Casey, a TikTok star experimented with Snapchat Spotlight and managed to earn $3 million between November and January.

However, people with no content creation experience have had similar fates. One of them is Andrea Romo, 27, who earned half a million by posting a video of her sister frying Turkey on Thanksgiving. Similarly, a 19 year old ceramist, Dax Newman, made $30,000 through Snapchat. For Katie Feeney, 18, her earnings of $1 million have broadened her options for universities she could attend.